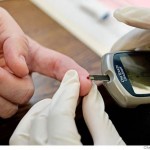 Negligent nursing assistants at the Caretel Inns of Lakeland, Michigan, failed to monitor the blood glucose levels of one of their diabetic residents, which resulted in his untimely death.

When Mr. R was admitted to the Caretel Inns on November 15, 2011, he was a known insulin-dependent Type II diabetic who was taking Glucophage twice daily to control his blood sugar levels.

Caretel Inns had a standing policy at that time that insulin-dependent diabetic residents, like Mr. R, required their blood glucose levels to be checked twice daily.  It was the responsibility of nursing assistants at that facility to perform these “Accu-Cheks.”  However, the unlicensed nursing assistants who were assigned to Mr. R ignored the policy, and failed to perform the Accu-Cheks on him.

Because staff members failed to monitor and properly control his diabetes, Mr. R’s blood sugar levels spiked dangerously high, he became severely dehydrated, and developed a series of symptoms known as hyperosmolar diabetic syndrome.   This syndrome is sometimes referred to as a diabetic coma.  Mr. R eventually lost consciousness, was declared unable to make decisions for himself, and developed pneumonia.  On November 27, 2011, Mr. R died due to medical complications stemming from the nursing home’s failure to monitor his blood sugar levels.

Had the nursing assistants performed their duties correctly, the increase in Mr. R’s blood glucose would have been detected early, could have been properly treated, and Mr. R would not have been made to suffer and die.

Jules Olsman has filed suit on behalf of Mr. R’s family against the Caretel Inns and their parent company Cliffside Company, LLC.

Jules Olsman spoke to WXYZ Channel 7 Action News in November 2013 about the dangers of medication errors in nursing homes.