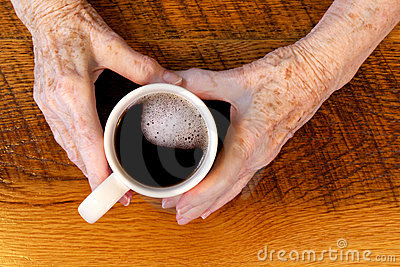 A 73-year-old woman sustained second-degree burns on her leg after scalding hot chocolate spilled from a cup without a protective lid, onto her lap. The Carriage House of Bay City was issued an immediate jeopardy citation for failing to provide an environment free from accident hazards and for not properly supervising the resident in the dining hall.  In addition to the woman who was burned, the state determined that 100 other residents were at risk for the same injury because staff members failed to provide cups with lids for hot drinks.

The resident was seated in her wheelchair at the table when she bumped the cup of hot chocolate off the table, onto her lap.  Hot chocolate pooled beneath her thigh.  Because the resident suffers from muscle atrophy (weakness) and contracture (tightening), she was unable to stand up on her own to move away from the spill.  The nurse assistant and a nurse wiped up the spill then rolled the resident’s pant leg up to check her skin. A licensed nurse practitioner (LPN) also helped clean up the liquid and applied a cool towel to the resident’s leg where it was red from the hot drink.

The LPN asked the resident to return to her room, but the resident declined.  Instead, the resident remained seated in her wheelchair in the dining room for at least 20 more minutes to finish her dinner.  The resident’s husband warned the nursing staff when she was admitted that she “does not voice her complaint of pain often and will deny pain when asked.”

The burn was severe enough to cause blisters and breaks in the skin that were still visible weeks later.  In an interview with the resident’s husband, inspectors learned that staff members did not get the resident out of her wheelchair until much later the night of the incident, when they were putting her into bed.  Prolonged exposure to the hot liquid contributed to the severity of the burn.

The nurse assistant who negligently handed out cups of hot drinks without lids received a verbal reprimand.  The Hot Liquid policy for the facility was updated and staff members were educated on the policy changes.  The immediate jeopardy citation was removed on August 8, 2012.