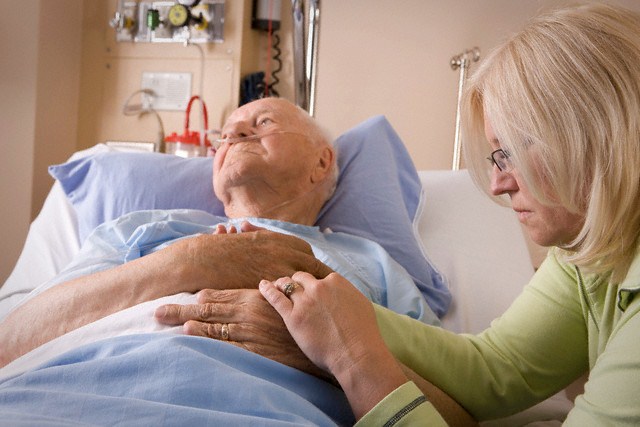 Olsman, Mueller, Wallace & MacKenzie has filed suit on behalf of an elderly resident of Magnum Health and Rehab of Albion, Michigan, who died as a result of a severe head injury with internal bleeding that went untreated.

Early in the morning on April 28, 2011, a nursing assistant found Mr. C crouching behind the door to his nursing home room.  He was complaining that his roommate struck him in the head.

Mr. C’s care plan required increased supervision, wheelchair and bed alarms, and at least one person to assist him when walking and being transferred.  Despite these requirements, Mr. C was out of bed and crouching in the corner when he was found.   No alarm sounded to alert staff that he was out of his bed.

The nursing assistant reported this incident to a nurse, who noted some discoloration on Mr. C’s head, but failed to perform further assessment or treat his injury.

Later that same morning, during his shower, Mr. C’s nursing assistant noticed a red “goose egg” on the side of his head.  The nursing assistant reported this finding to a second nurse, who also failed to assess and treat the injury properly.

Mr. C slept the entire evening shift after the injury happened, which was unusual for him. Mr. C had a habit of being restless during the night and walking the hallways.  Although Mr. C’s nursing assistant recognized that this was a change in Mr. C’s normal behavior, she failed to bring this change to anyone’s attention that night.

Instead, it was not until the following morning, when the nursing assistant tried to wake Mr. C but found him unresponsive, that she finally notified a nurse.  It was not until 10:30 am that a nurse finally came to Mr. C’s room to check him.  Nothing she tried – calling his name, pinching him, performing a sternal rub – woke him from his sleep.  Due to lack of treatment from the nurses, Mr. C had already lapsed into a coma from the bleeding inside his brain.  He was finally transferred to a local hospital at 11:30 am, more than 24 hours after the incident.

Mr. C was a high risk for falls and increased risk of bleeding in his head because he was on a blood thinner.  Doctors at the hospital diagnosed him with a large subdural hematoma (brain bleed).  With a poor chance for recovery from his comatose state, the family had no choice but place him in hospice.  Mr. C died on May 1, 2011.  Had the nursing staff sought treatment for Mr. C sooner, he would have survived this injury.