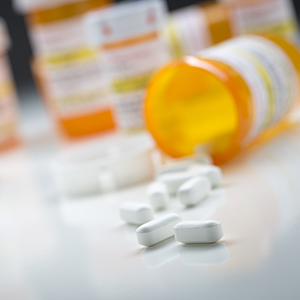 Mr. W. sustained a fall that resulted in blunt knee trauma and rupture of the quadriceps muscles of both legs. Consequently, he required surgical intervention to repair the injured quadriceps tendons. Prior to surgery, Mr. W. was placed on preventative medication therapy to reduce his risk for blood clots. The surgery went well, and Mr. W. was transferred to St. John Hospital and Medical Center for inpatient rehabilitation.

Upon admission to St. John Hospital and Medical Center, it was determined that Mr. W was at risk for blood clots and as such, was placed on blood thinning medication. The orthopedic physician assistant, who was consulted regarding Mr. W’s care, authored an entry into his medical record stating that Mr. W. should receive Lovenox (medication used to prevent the development of clots) for 10 days when discharged from the hospital. However, the physician assistant failed to place this order in the order section of Mr. W’s medical records. In addition, the clinical staff who managed Mr. W’s care and discharge failed to review the physician assistant’s progress note. So, Mr. W. was discharged without Lovenox.

A day after Mr. W. was discharged from the hospital, he was seen by a home health care nurse. Upon completion of her initial assessment, the nurse claims to have called St. Clair Orthopaedics & Sports Medicine to inquire as to why anti-coagulation medications had not been prescribed. She left a message with office personnel. When her call was not returned by the next day, the nurse called again and was told by an unlicensed employee of the practice that patients with tendon repairs were not sent home on anti-coagulation medications. Despite her claims, the phone records do not support the nurse’s claim that this call was ever made.

Three days later, Mr. W. lost consciousness and was transferred to the hospital, where he was pronounced dead at the age of 64. An autopsy concluded that Mr. W. died as a result of a saddle thromboembolus (a blood clot that travels to the heart and can cause sudden death), an event that could have been prevented had Mr. W. received the medication he needed.

Mr. W. is survived by his wife, daughter, and grandchildren.