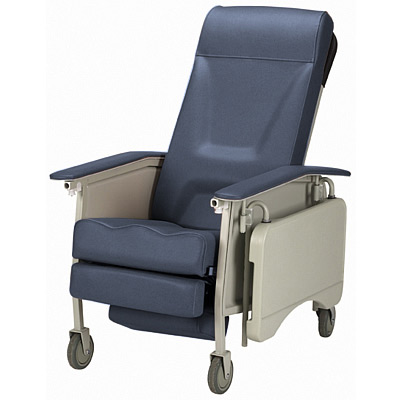 A nurse at St. Francis Nursing Center in Detroit ordered a nurse assistant to tie a highly agitated and confused resident to his chair with a bed sheet. An immediate jeopardy violation was issued to the facility for violating the resident’s right to be free from physical restraints for the purposes of discipline or staff convenience.  Improper use of restraints puts a resident at risk for harm, serious injury, and even death.

This resident was highly agitated after being readmitted to the facility on May 25, 2012, following hip surgery.  On May 27, 2012, the nurse assistant assigned to take care of the resident stated that he had gotten out of his bed a couple of times during the night and was crawling across the floor.  In an attempt to monitor the resident, the nurse assistant placed the resident in a Geri chair and put him in the hallway.  A Geri chair is often used in nursing homes for residents with mobility problems. Geri chairs recline and have a tray table attached at the front to keep the resident safe from falling forward.

It was determined that the resident suffered no physical harm from being improperly tied to his chair.  Facility administrators clarified the restraint policy to the staff, and stressed the importance of contacting the DON for guidance before making any changes in resident care.