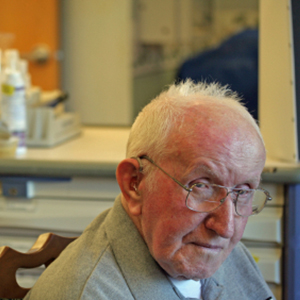 It is currently estimated that there are 31,000 assisted living facilities (ALFs) in the United States with a total of 1 million elderly residents living in them.1   In Michigan, it is estimated that over 21,000 elderly adults live in a licensed form of an ALF and tens of thousands of other elderly adults are estimated to live in unlicensed ALFs.2  As the “gray tsunami” continues to build, it is important for lawyers to know the different kinds of ALFs that exist in Michigan.

The Basics
The Assisted Living Federation of America defines assisted living as a long-term care option that combines housing, support services and health care, as needed. Assisted living is designed for individuals who require assistance with everyday activities such as meals, medication management or assistance, bathing, dressing and transportation, but do not need 24 hour nursing care. Basically, ALFs are for individuals who do not need nursing care, but can no longer live alone.

A common misperception is that ALFs are required to have a license to operate in the State of Michigan; this is definitely not the case. An ALF, or what they are more commonly referred to, senior independent living centers, do not need a license to operate in Michigan. This means many ALFs operate without any oversight or regulation by the State of Michigan. As such, there are no restrictions on how these unlicensed facilities operate, how they are staffed, what level of training the staff receives, where they are located, or how they market themselves.

The State of Michigan defines a HOA as:

The State of Michigan defines what constitutes an AFC:

Governmental or nongovernmental establishment that provides foster care to adults.  Adult foster care facility includes facilities and foster care family homes for adults who are aged, mentally ill, developmentally disabled, or physically handicapped who require supervision on an ongoing basis but who do not require continuous nursing care. MCL 400.703(4).

The provision of supervision, personal care, and protection in addition to room and board, for 24 hours a day, 5 or more days a week, and for 2 or more consecutive weeks for compensation. MCL 400.704(6).

Each of the four types of AFCs has different licensing rules.

In summary, the key differences between a AFC and HOA is that in general, a HOA provides care to persons who are aged (over the age of 60) while an AFC home can provide care to adults who are 18 and over. Additionally, State regulations no longer allow for AFCs to be licensed for over 20 individuals, while a HOA is licensed for 21 or more persons, unless it is operated as part of a nursing home.

Finally, a AFC must provide adult foster care services 24 hours a day, 5 or more days a week, for 2 or more consecutive weeks for compensation, where as a HOA does not have to adhere to this requirement. Unlike nursing homes, AFCs and HOAs are prohibited from providing continuous nursing care though there are residents living in AFCs and HOAs who can receive hospice or nursing services from an outside agency.

Analysis of Recent Case Involving an ALF
A fairly recent opinion from the United States District Court, Eastern Division of Michigan provides some direction regarding how courts may analyze an ALF’s duty towards its residents. Washnock v. Brookdale Senior Living, Inc., No. 12-11607, 2014 WL 495414 (E.D. Mich. Feb. 6, 2014)

In Washnock, the decedent, Ms. Washnock, lived at a senior living facility. On the evening of November 30, 2011, the decedent left her apartment alone, wearing only pajamas.  Thereafter, she exited the facility unobserved through a back door in the common area of the building. Plaintiff alleged that the door that the decedent exited was self-locking and only accessible by a keycard, and unmonitored. While attempting to re-enter the building, the decedent slipped and fell to the ground sustaining a leg fracture. The following morning, she was found dead approximately 25 feet from a rear service door. According to the autopsy report, the decedent died of hypothermia.

The facility moved for summary judgment on Plaintiff’s negligence claim arguing that, as an ALF, it was an independent living facility, as opposed to an adult foster care provider, and the injuries sustained by Plaintiff in the course of exercising her independence could not be the foundation of a negligence claim. The court noted that there is a lack of precedent addressing the scope of the duty owed by independent senior living facilities. Accordingly, the court looked to the common law and the following “special relationship” factors from Valcaniant v. Detroit Edson Co, 470 Mich. 82, 679 N.W.2d 698 (Mich. 2004):

– Foreseeability of harm;
– Degree of certainty of injury;
– Closeness of connection between the conduct and injury;
– Moral blame attached to the conduct;
– Policy of preventing future harm; and
– The burdens and consequences of imposing a duty and resulting liability for beach.  Id, at 2.

In making its analysis of these factors, the court first looked at the “foreseeability of the harm” and “degree of certainty of injury” factors. In holding that these factors favored the existence of a legal duty, the Court stated:

[T]he record in this case indicates that the door was located in a common hallway and was not accessible from the outside without an electronic keycard; issued only to those residents with a vehicle on the premises. Under these circumstances, all residents without a vehicle had no means of reentering the facility through the door that Washnock exited. As such, it was certainly foreseeable that (1) in a community catering to elderly individuals primarily over the age of 85, many of whom were suffering from cognitive impairment, that a resident could inadvertently wander out an exit door located in a common area, (2) where, as here temperatures were below freezing, a resident would not have the ability to reenter the building prior to being susceptible to incurring an injury, and (3) that without access to the building for a prolonged period of time, hypothermia or serious injury was a substantially likely result.  Id, at 4.

Next, the Court considered the “closeness of connection between the conduct and the injury.” The court relied on two keys facts in making its determination. First, since it seemed reasonable to suggest that if the door the decedent used to leave the facility was equipped with a bell, she likely would have attempted to alert someone inside the building, and second, the facility’s staff indicated that if someone inside the facility had been aware that the decedent left, they would have intervened. Combining these facts, the court held that the ALF’s “failure to take proactive measures played a significant role in the unfortunate circumstances prompting this litigation.” Id, at 5.

Looking at “moral blame attached to the conduct” and the “policy of preventing future harm,” the Court looked at the broader policy implications of imposing a legal duty in the context of assisted or independent senior living facilities, and concluded that “businesses that deliberately market and cater to a specific group of ‘at risk’ individuals carry a significantly high degree of moral blame when they fail to provide the most basic protections to the persons whom they serve. [Defendant] had no qualms about demanding a substantial premium from those elderly individuals who have expressed a desire to live in their ‘independent’ communities, but argue that the law should treat their facility no differently from the landlord of a single-family home.” Id.

Finally, considering the last factor – the “burdens and consequences of imposing a duty and resulting liability for its breach” – the Court stated: “Simply put, the burden associated with preventing individuals from being locked out of the facility appears to be infinitesimally small when compared with the severity of the consequences. Indeed, the burden here can be satisfied by merely installing a sensor, an operative doorbell/buzzer system, or a video camera at the periphery of the exterior doors. The consequence of imposing this duty would be to lessen the chance that an elderly and cognitively impaired individual would wander away from the facility unobserved.” Id, at 6.

Therefore, the court concluded that upon review of the above factors, the Defendant facility owed a legal duty to monitor the self-locking exit doors in the common areas of its senior living facility to prevent residents such as the decedent from leaving alone and without notice of staff. Id. The Court’s decision is worthy of note for all practitioners as it provides a framework for analyzing when, and under what circumstances, an independent senior living facility owes a duty to its residents.

This article appeared in the Fall 2015 Issue of Negligence Law Section E-News and was written by Emily M. Peacock