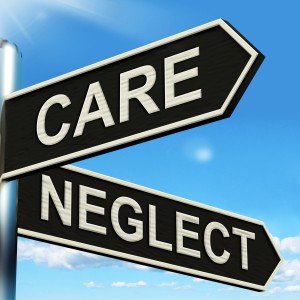 Negligence is at work when it comes to stories like these. It is a commonality for a significant amount of people – approximately 1.3 million to be exact – to end up in assisted living and long term care facilities. So what happens when the truth is exposed about the type of care these people are receiving? According to CNN, when the nursing homes and government officials who oversee them find out what is going on, they do little or nothing to put an end to it. The number of victims is impossible to know, seeing as many of these victims are unable to speak for themselves, or are unaware of what is going on. Nursing homes are often slow to investigate allegations like these because of a reluctance to believe the accusations. Due to failing memories, or confused confessions, police oftentimes put cases like these on the back burner. So, is it a systematic failure that lacks justice to these victims?

In 83-year-old Sonja Fischer’s case, she did get justice when the aid who raped her was caught and reported by a fellow caregiver at the Walker Methodist Health Center in Minneapolis. Her assailant, 76-year-old George Kpingbah, was sentenced by Judge Elizabeth Cutter to eight years in prison and charged with third-degree sexual conduct with a mentally impaired or helpless victim. Cutter said to Kpingbah that he “violated a position of authority, a position of trust,” further saying his actions affected not only Sonja and her family, but also the facility in many different ways. It was later found that Kpingbah was investigated in 2008 for other allegations of inappropriate sexual misconduct…at the same facility. CNN is quoted in saying “predators find elderly patients to be easy prey.”

This article documents the awful sexual assaults of six victims and their stories. In Illinois alone, there were 386 allegations of sexual abuse of nursing home residents since 2013.  201 of those cases involved a caretaker. Most states could not say how frequently abuse investigations involved sexual allegations, saying that “sex abuse allegations are not categorized separately from other forms of abuse.” And even more shocking? The federal government doesn’t specifically track all sexual allegations. More than 16,000 complaints of sexual abuse have been reported since 2000 in long-term care facilities, according to federal data housed by the Administration for Community Living, but agency officials warned that this figure doesn’t capture everything. It was learned that centers for Medicare & Medicaid services lumps sexual allegations into a category that includes all kinds of abuse, such as physical or financial. The agency says this is because it takes all forms of abuse seriously.

226 nursing homes have been cited for failing to protect its residents from harmful and dangerous incidents between 2010 and 2015. But, be wary; complaints and allegations that don’t result in a citation are characterized by the government as a “deficiency.”

CNN reports that “it’s happening all over the country. In cities, the suburbs and the countryside. In nursing homes housing low-income residents on Medicaid. And in centers where people pay thousands of dollars out of their own savings to be there. They’re owned by huge corporations and regional chains but also by nonprofits and mom-and-pop small business owners.” The issue is expected to grow in popularity with the number of elderly people more than doubling between 2010 and 2050.

Attorney Emily Peacock says, “These stories are sickening and disheartening.  These are our most vulnerable citizens.  Nursing homes need to do more to prevent these atrocities from happening.”