Congratulations to Emily Peacock who was the WTLC Member Spotlight this month for the American Association for Justice! 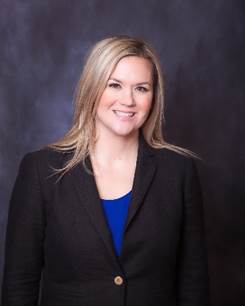 WTLC MEMBER SPOTLIGHT
Emily Peacock is an experienced litigator who seeks justice for individuals who have been injured while in the care of a nursing home, senior living facility, or adult foster care home. She has litigated numerous wrongful death cases, including those involving choking deaths, sexual abuse, physical abuse, and failing to properly monitor resulting in death.

Emily has been given many honors and awards, including being named as a “Women in the Law” Class of 2017 by the Michigan Lawyers Weekly. Emily has been selected as a Super Lawyer Rising Star on seven occasions, a testament to her dedication to her clients and legal skills. She was also named a dbusiness Top Lawyer in 2016.

In addition to her work within the office, Emily is an active member of her community. She has been involved with a Walk to End Alzheimer’s and the Longest Day Alzheimer’s Association Fundraiser, Sips on Solstice Event.

When asked to comment on the WTLC, Emily said the following:
“Being in the WTLC provides with me inspiration. I am continuingly amazed by the other members of the WTLC and their dedication to achieving justice for their clients. Being part of the WTLC’s Lobby Days in Washington D.C. was an incredible experience, and a chance to advocate for justice on a completely different level.”